Long, cold, winter evenings are the perfect time to enjoy some Christmas stories. You are going on a winter holiday and I`d like you to read through these two lovely stories in your free time.

STORIES:
http://www.bbc.co.uk/cbeebies/christmas/stories/nutcracker/
http://www.topmarks.co.uk/stories/gingerbread.htm
WISHING YOU A MERRY CHRISTMAS AND A HAPPY NEW YEAR!!!!
Posted by Katrin No comments:

Last Wednesday, the 6th and 5th formers went to the cinema in Tartu. We watched the film "New Moon".
Our first impressions:

I liked this film because it was interesting and a bit scary. I liked Bella best because she was a brave and good-hearted girl.
Ljuda

I liked this film because it was full of actions. I liked Alice best because she was helpful and a bit grazy. I think she was the best actress of this film.
Ranor

I liked this film because it was awesome and exciting.
Karl-Erik

I liked Edward best because he was handsome and brave.
Eleri

I liked Jacob best because he was a werewolf. He was very brave and strong.
Tamer

JOKE OF A DAY.

SOMETHING FOR BOYS - CHRISTMAS BEATBOX!

Ester, Aveli, Meija and Maria from form 4 wrote about their friends.

Children from all around the world wait for Santa Claus every year. What do you know about this best -loved man?
If you click on this link you can find answers to all your questions.
http://www.northpole.com/Den/Q&A/santa.asp
Posted by Katrin 4 comments:

It`s the most exciting time of the year now - CHRISTMAS WAITING TIME!!!

If you want to know much more about Christmas in Britain click this link and study:


What is "advent"? It is a time of waiting for the arrival of Christmas.

Look at the Advent calendar 2009. Every day you can click on one date and find a lot of interesting activities, things to print out and short funny videos hidden behind this date.


Posted by Katrin No comments: 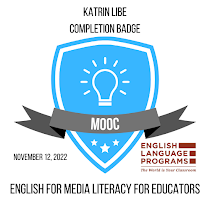